If you’re thinking of adding a new member to your electric guitar family this year, here are nine hot models that we think will make a difference.

Gibson’s return to NAMM in 2019 was a huge statement of intent for the company’s new regime, revealing a host of exciting vintage-inspired models. Our pick of the bunch was a celebration of Gibson’s most iconic guitar: the 60th Anniversary 1959 Les Paul Standard.

Highlighting Gibson’s renewed emphasis on vintage precision, the 60th Anniversary ’59 Les Paul is constructed using laser-scanned dimensions from original guitars, along with chemically recreated plastics and color tints. assorted color. Gibson claims this is the culmination of 20 years of studying the original Burst from Gibson Custom, and we can’t wait to get our hands on it for a real playtest.

One of the most talked about guitars of recent months, the team of Fender and Jimmy Page to recreate the legendary guitarist’s famous 1959 Telecaster has finally been introduced at NAMM.

The guitar was Page’s main focus on the Led Zeppelin II album, and is best known for being played with a violin bow during a 1969 live rendition of Dazed and confused.
While fans from all walks of life will want to get their hands on this remarkable piece of kit, the guitar’s incredibly limited availability means our video above is as close as most of us will ever get, sadly…

Ibanez’s venerable RG line has been bolstered by new Japanese-made Prestige 5000 models for 2019, and the RG5120M is perhaps the most exciting new addition. The Frozen Ocean Blue shredder machine features an African mahogany body with an ash top and a Super Wizard HP neck constructed from a five-piece maple and wenge combination, which also has a 17-inch quilted maple fingerboard adorned with shifting mother-of-pearl dot inlays. Most interesting, however, is the inclusion of Fishman’s Fluence active humbuckers as standard. 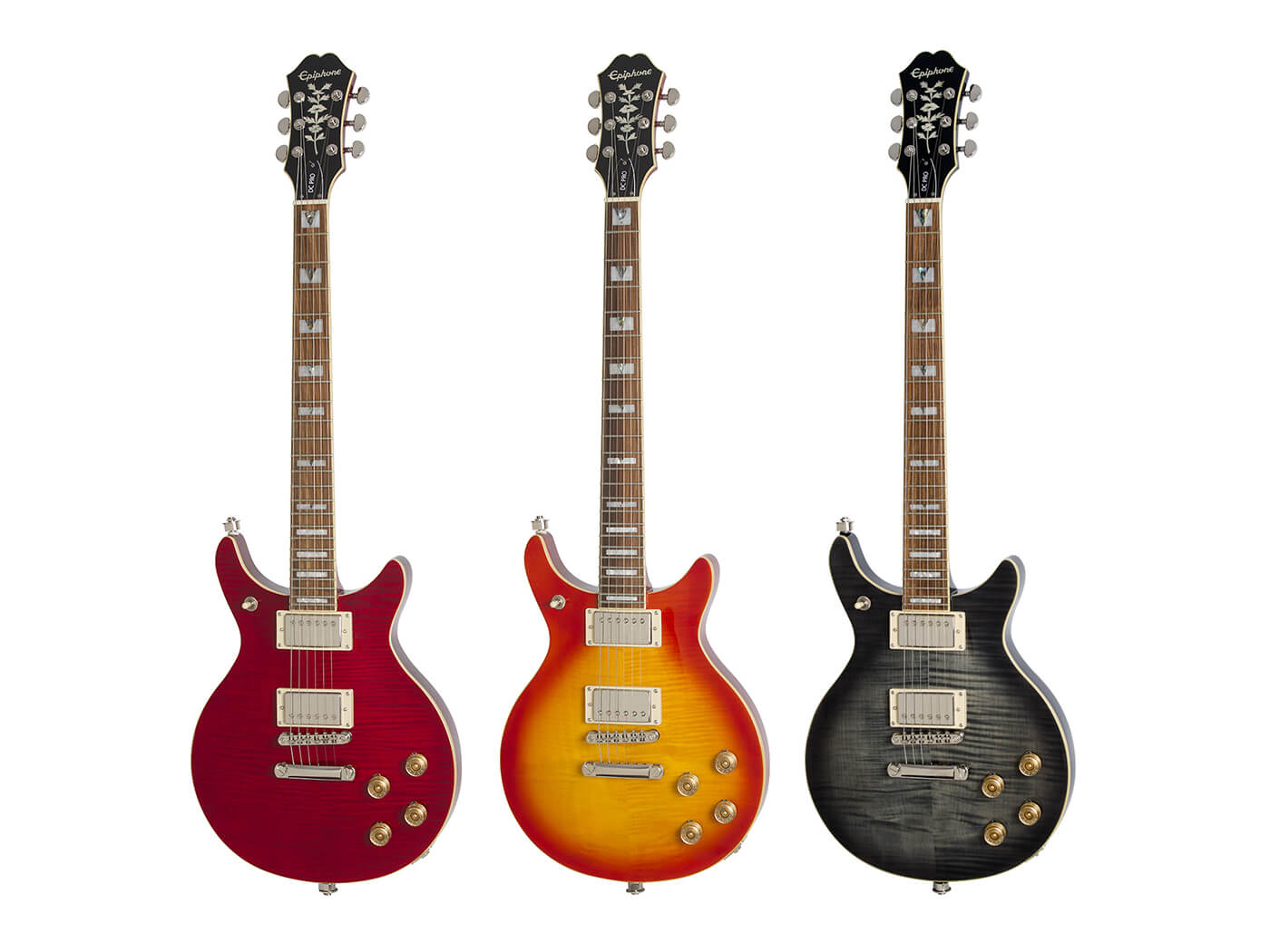 Epiphone delved into its history to design the new 2019 DC PRO, which takes inspiration from the brand’s ’70s Del Rey Double Cut, this time combining modern features with high-end cosmetics. The guitar’s mahogany body is capped with an AAA flame maple veneer top, while the neck is also mahogany, featuring a custom C-shape with a 12-inch-radius pau ferro fingerboard and inlays. mother-of-pearl and abalone. On the mic side, there’s a pair of Epiphone ProBuckers with separate coils and a treble bleed circuit that maintains tonal clarity even at lower volumes.

Eastman’s new T484 semi-hollow model has been hailed as a “Swiss army knife” of tones, thanks to its versatile combo of Seymour Duncan pickups: a ’59 at the bridge and a Jazz at the neck.

In terms of construction, the guitar features a 14 inch body, gloss laminate, and center block construction. Additionally, the T484 sports a slimmer headstock design featured to provide better balance across the entire instrument.

The various iterations of Paul’s Guitar have been the instrument that showcases Paul Reed Smith’s most avant-garde discoveries regarding the sound of the electric guitar. Adding this to the company’s more affordable SE lineup, Smith is bringing some of that learning to a wider audience than ever before. With TCI ‘S’ Treble and Bass pickups providing pure vintage tone, mini toggle switches allow true single-coil operation of both pickups for maximum versatility. The guitar is also available in three classic PRS shades – Amber, Aqua and Fire Red.

This affordable signature model for the Canadian guitar virtuoso stands out among the sharp fare from Schecter’s 2019 lineup. The Indonesian-made Type S offers all the functionality and playability any tech would want, but with a classic look. Sporting the classic combo of alder, maple and rosewood in the wood department, the guitar features a trio of inline fret-blazer signature single coils and is available in Atomic Green or Atomic Silver.

The Harmony guitar revival revealed a trio of modern versions of the company’s classic models last year, and after a further year of R&D, the new standard line will be available in March this year. Also new for 2019 is the Juno – a reimagined take on the H44’s body shape – and fans of old-school Harmonys will be delighted by a new range of true-to-vintage reissues, starting with the H19, H72 and H63 .

Read our selection of the most anticipated acoustic guitars here.