Guns N’ Roses guitarist Slash has unveiled his new Epiphone J-45 acoustic guitar via Instagram, which he says will be available soon. Check it out below.

From Guitar World: “Famous for its construction and playability, the Gibson J-45 has been the favorite acoustic of a number of notable guitarists over the decades, including Lightnin’ Hopkins, Buddy Holly, David Gilmour and Elliott Smith. Epiphone have had plenty of experience when it comes to reproducing classic Gibson acoustics, having previously released the Inspired by Gibson acoustic range, which consists of a J-45, Hummingbird and a J-200.”

The Gibson Slash Guitar Collection spans three decades of partnership between Gibson and Slash, and in a historic move for the brand, is the first evergreen artist collection made by Gibson. Slash and Gibson have worked closely together and the collection includes several acoustic and electric guitars. The Slash Collection represents the influential Gibson guitars Slash has used throughout his career, inspiring generations of players around the world. December 1 marked the release of the new Gibson Slash “Victoria” Les Paul Standard Goldtop; available worldwide.

Speaking to Consequence Of Sound, Slash revealed where Victoria’s model name came from.

Slash: “I’ve been using a Gibson since the first album (Guns N’ Roses), but I had a relationship with them from 1988. It’s grown over the years. Recently I’ve done this range of different Les Paul standards, all of which are different colors. And at the end, I said, “You know, I’d like to do a Goldtop too.”

In the late 90’s I had a bunch of guitars stolen from my studio at home. I actually managed to recover (pretty much) all the guitars, but I never knew exactly who was behind the theft. And one of the guitars that I didn’t get back was a stolen Goldtop. So I tried to find another Goldtop to replace it over the years. Then at some point I found out who was responsible for the theft not long ago and her name was Victoria so I decided to name the guitar after her!” 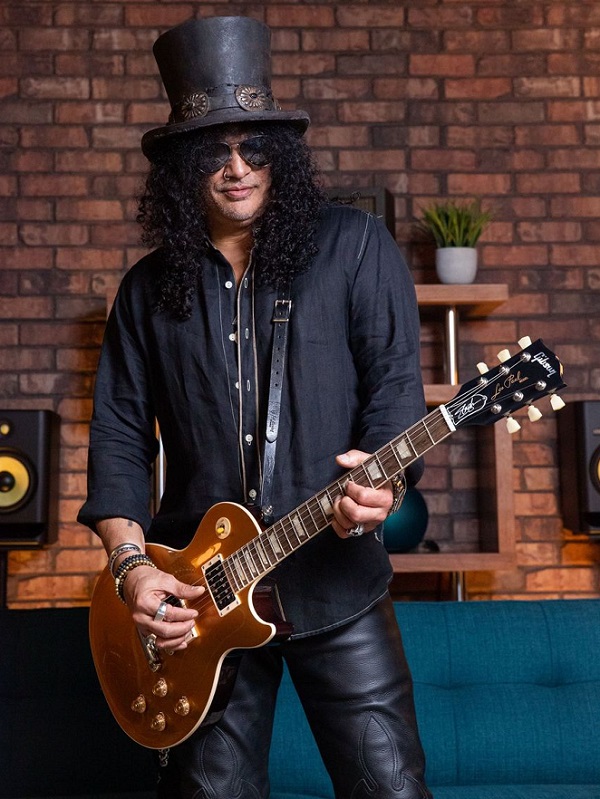 “Developing my new collection with the new team at Gibson has been really exciting,” says Slash. “The quality and attention to detail is next level, and these guitars really reflect what I play live and in the studio. I think guitarists will be inspired by what we’ve put together.

“Developing Slash’s collection with him has been an incredible experience,” says Gibson’s Cesar Gueikian. “Having Slash be intimately involved in this journey makes it special and a true representation of him and his sound. I’m thrilled to officially announce the addition of the Victoria Goldtop to the collection and look forward to reading the theories from fans and media on why we chose to call her Victoria. Plus, stay tuned for more to come with Slash. 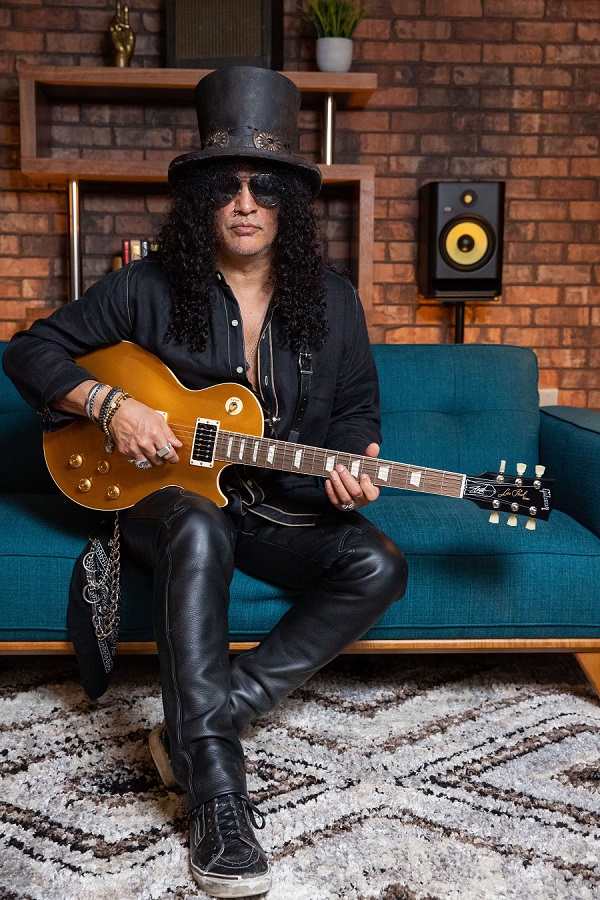 (All photos courtesy of Gibson)