Rain falling on a metal roof. Nickels rattle on the floor. A swing squeaks as a child rocks back and forth.

These are just some of the sounds and sights conjured up by an often dramatic performance Tuesday night at the Nasher Sculpture Center. Featuring American guitarists Nels Cline and Ben Monder, the concert launched a series pairing musicians with metallic “sound sculptures” by Italian-American artist Harry Bertoia. The series runs in conjunction with Nasher’s Bertoia exhibition.

Bertoia, who lived from 1915 to 1978, may be best known for his mid-century modern chairs, but sculpture was his main passion. His sound sculptures, which he called “sonambients”, allowed performers to invoke a wide range of sounds and effects.

On Tuesday, about three dozen sonambients were arranged in an octagon in a small room on the lower level of the Nasher. The carvings included chimes of varying sizes, large gongs, and, most commonly, wire rods of varying length and thickness attached to metal bases.

Cline and Monder usually took turns playing their electric guitars and carvings. Although it was improvised, it seemed very coordinated.

A recurring idea was of Monder slowly climbing a long ladder, increasing volume and intensity, while Cline shook, kicked, and pounded rods and gongs with her hands and mallets, creating powerful walls of sound. These would then subside into subdued textures marked by consonant harmonies.

A listener could distinguish the personalities of the musicians. Monder generally explored shorter motifs, sometimes suggesting jazz, and was more reserved with atmospheric effects, such as rubs, although he also used heavy distortions.

In contrast, Cline showed greater interest in melodic lines, which he looped and repeated, adding layers over time. He also had a knack for unusual effects – demonic moans, ghostly slides, and percussive sounds created by hitting the strings of his guitar with sticks.

The gig was engaging for the first 40 minutes or so, but dragged on for another hour. This proved a difficult proposition, as there was no apparent structure linking the many episodes. 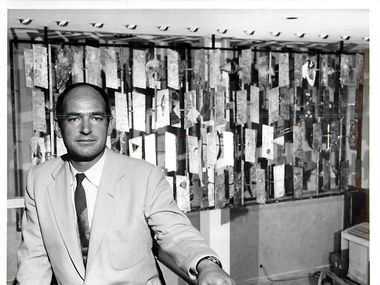 The series continues with the following concerts, all at 7 p.m.: