As all Alice fans know, the acoustic guitar is central to Cantrell’s songwriting. In fact, Songwriter’s new “Atone” guitar was featured in the music video for the track of the same name – the lead track from Cantrell’s recent solo album, enlighten.

The “Atone” (MSRP $3,749) was built to Cantrell’s specifications, featuring a slimmer body depth and striking “Circle in Square” pickguard. Other appointments include gold Grover Mini Rotomatic tuners and an LR Baggs VTC pickup and preamp for amplified playing.

The rarer “Fire Devil” songwriter (MSRP $3,999) boasts the same features and a different pickguard. It is limited to 100 special-edition units handcrafted by luthiers at the Gibson Acoustic Custom Shop in Bozeman, Montana. Both guitars feature a signature Jerry Cantrell on the truss rod and a Double J slide decal on the headstock strip.

The new instruments continue Cantrell’s ongoing partnership with Gibson and follow the launch of the signature “Wino” Les Paul.

Meanwhile, Cantrell is set to head off on a North American tour to support enlighten. The long trek begins March 24 in Minneapolis and ends May 8 in San Diego. Get tickets through Ticketmaster.

New Acoustic Guitars are already sold out on Gibson’s website, but you can also purchase the “Atone” through Reverb, the “Fire Devil” here, and find similar Gibson Songwriter Acoustic Guitars here.

Watch the video teasers for the “Atone” and “Fire Devil” acoustic guitars and check out the close-up images below. 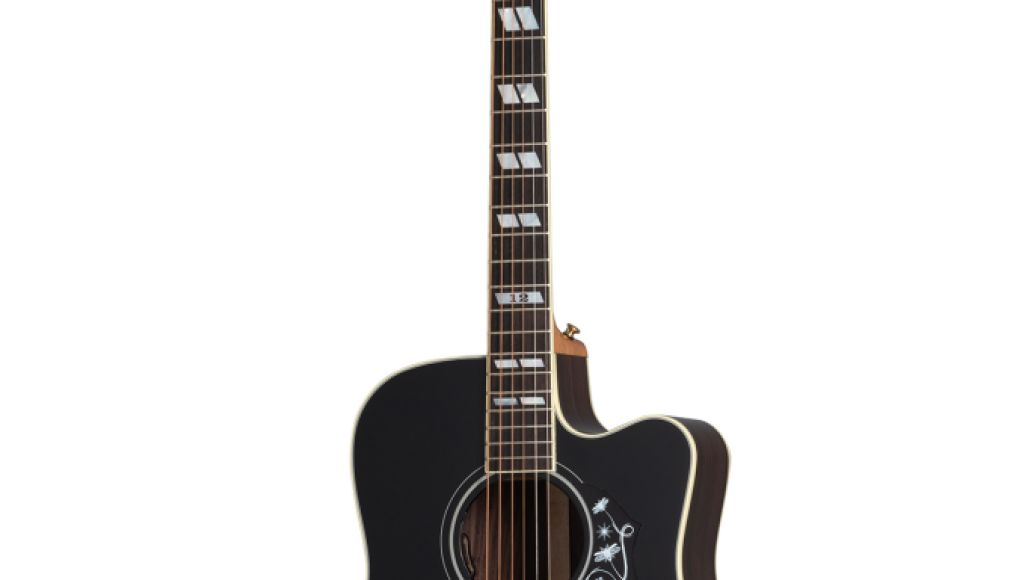